Start and End date and times

Message senders can only send initial messages between a campaign's Start and End times. This can be set during campaign creation or edited after launching. Outside of this window, replies can still be sent by message senders.

During the first step of campaign creation, you will be given the option to set your initial message sending window. 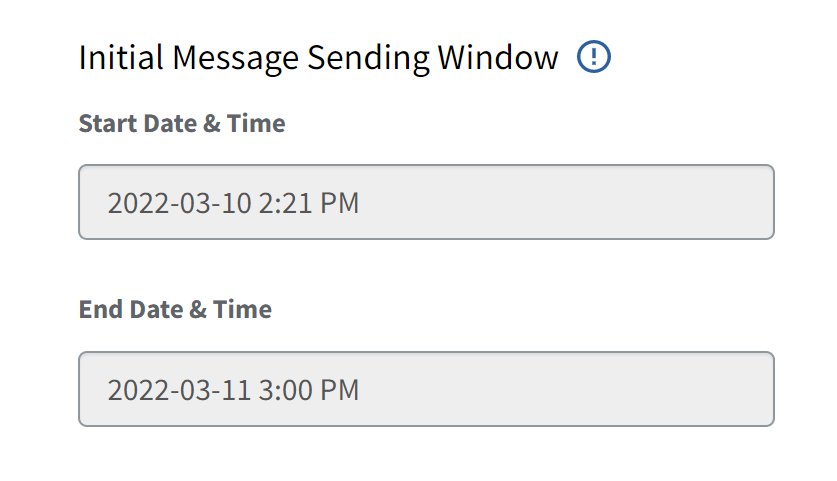 To make edits, click inside the fields and adjust the calendar that pops up: 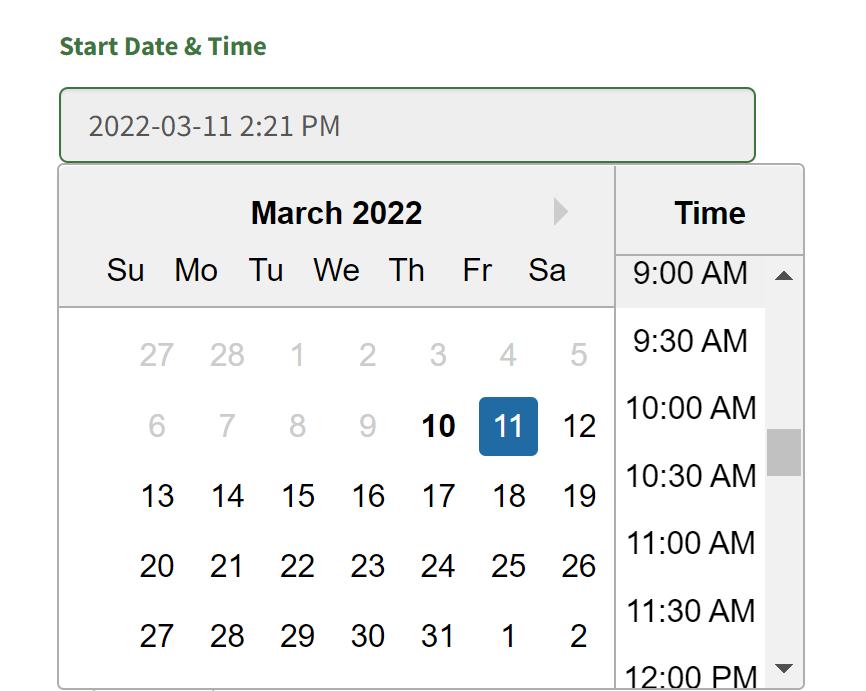 Editing Start and End times on an active campaign

Sometimes, you will need to edit your active campaign. For example, your texters report that they see "Inbox Zero" on their assignment. You will need to extend the initial message sending window.

To make changes to an active campaign:

If you are using Follow Up messages, it's good practice to extend the End Date into the future.