The campaign cloning feature allows admins to create new campaigns based on the parameters of previous campaigns. This feature can help save time and avoid user errors if you are making a large number of similar campaigns. Here's how it works:

Go to the campaign index and pick a campaign that you want to clone. Then press the clone button. 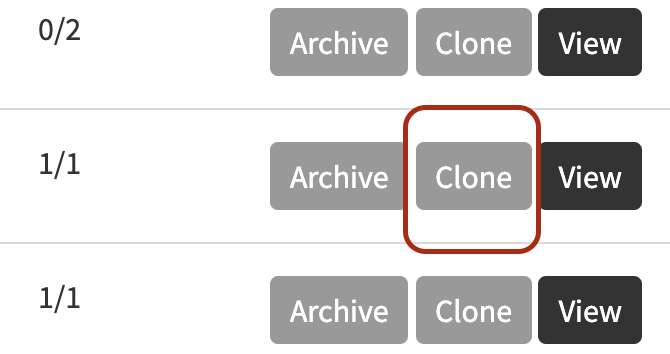 You can also clone a campaign from the campaign management page. 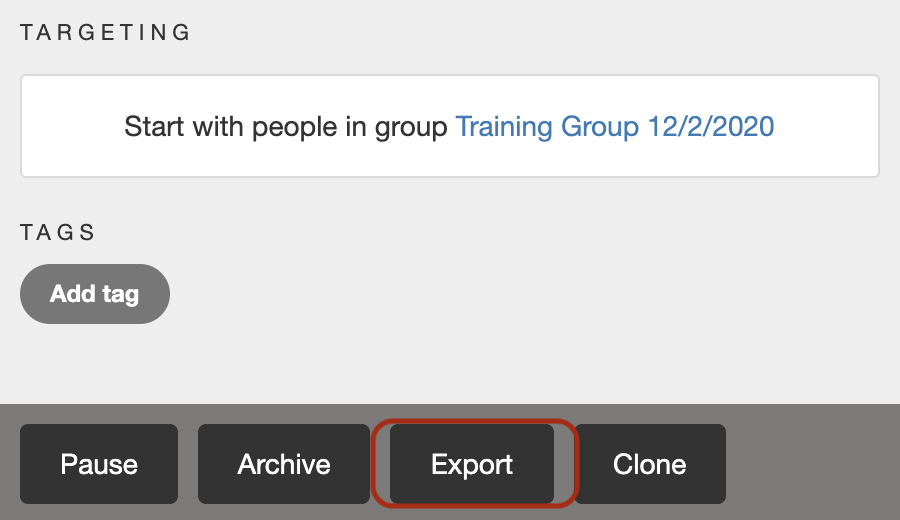 All of the parameters of the campaign you clone will be brought over into the new campaign you are creating, except for the following:

To edit those parameters, you can use the "Finish campaign cloning" screen, which is where you'll land after you press clone. 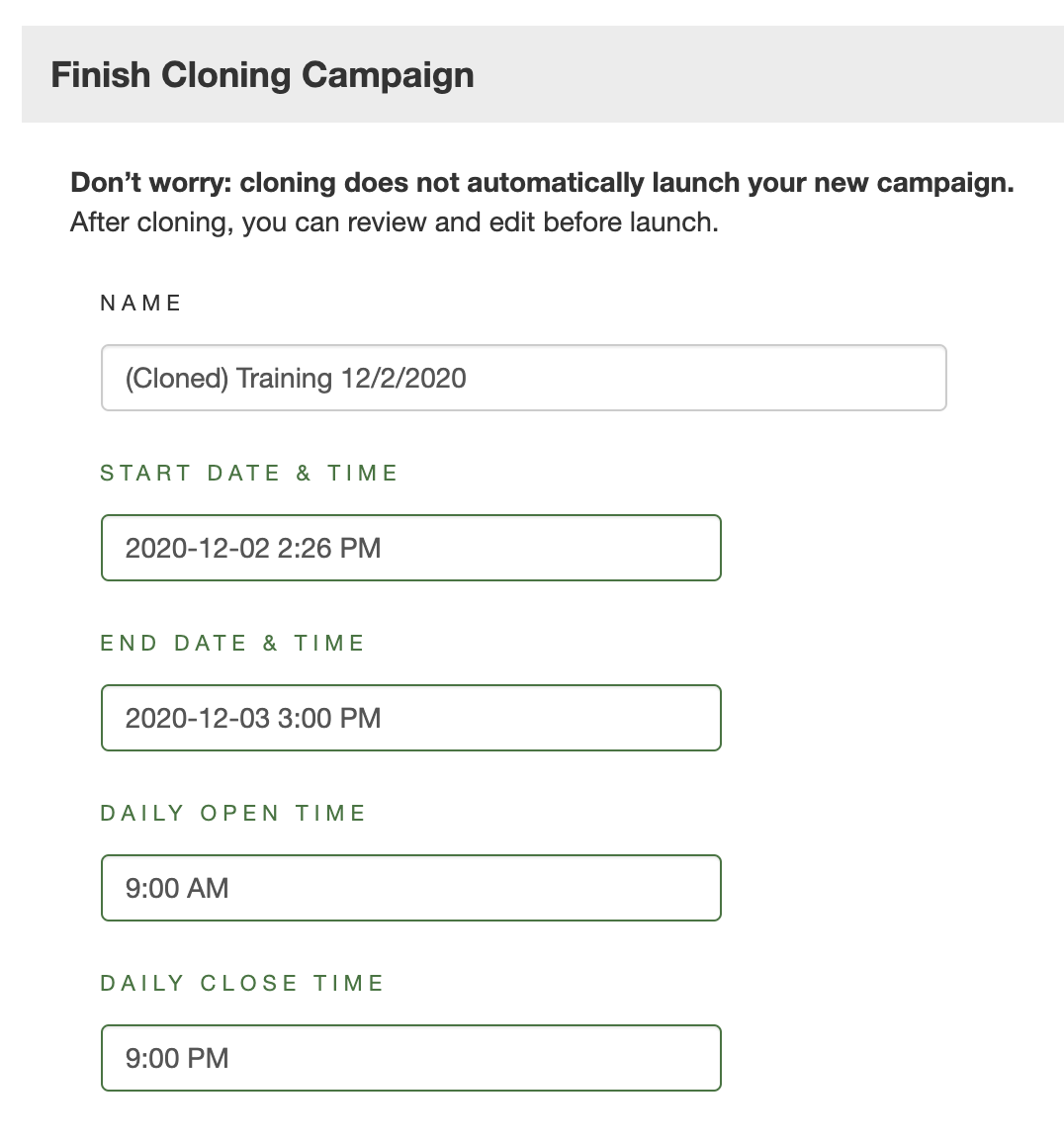 Once you fill out the Finish Campaign Cloning screen, press Save and Continue to get to the review stage. (Don't worry, this will not launch your campaign.)

When you press Save and Continue at the bottom of the Finish Campaign Cloning screen, you'll land on the Campaign Review, step 6 of campaign creation, just as if you had begun the campaign from scratch. As with any campaign, at this stage you can edit any aspect of the campaign. For example, you might want to go back and change the initial script. Once you've completed your review and edits, just press launch like any other campaign, and you'll be off and running!

Note: If you are creating a cloned campaign with a newly uploaded group, please check that it has finished validating before launching your campaign.

L
Lindsey is the author of this solution article.