The Load a Strike List is a single day list of numbers that will not be called even if they are on your loaded lists. 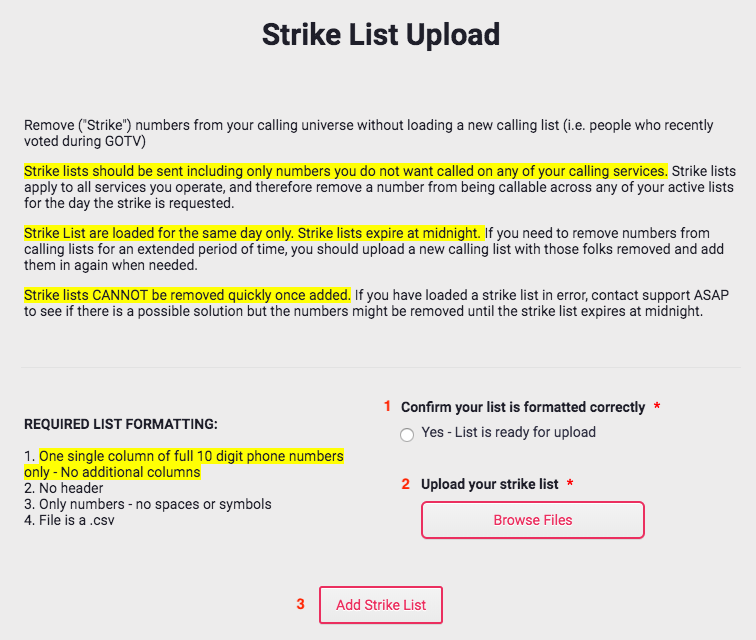 A
Abby is the author of this solution article.